The history of close protection bodyguarding 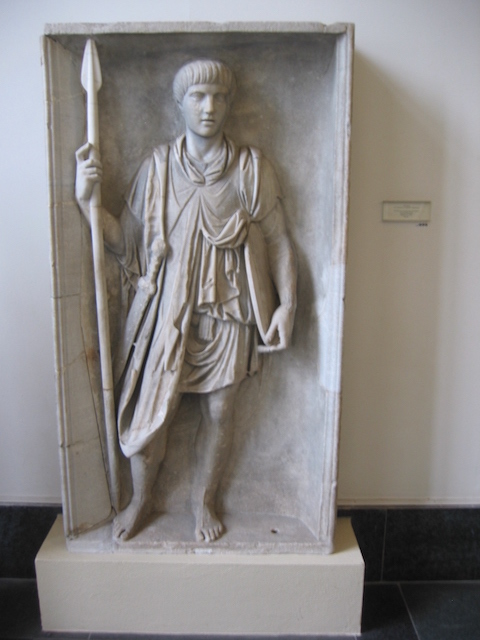 So, what do early historical records tell us about the origins of bodyguarding?

Close protection officers have historically been recruited from military units because they would have been experienced in fighting and even, killing the enemy. It’s a trend we’re continuing. All our security services personnel in London come from a military background too.

It was Rome’s first emperor, Augustus (27 BCE – 14 CE), who notably formalised the role of the Guard and expanded its overall size, after creating a permanent cohort of at least 4,500 guards to protect him and his family.

Members of the Guard were given privileges during their service – notably being paid over three times what ordinary legionaries were paid. It also served as excellent experience on their CVs when they completed their service and wanted to climb the ranks of the army.

The Guard wasn’t entirely reliable, however.

Accounts record that Emperor Caligula (reigning between 37 – 41 CE) was assassinated by his own Praetorian Guard. I guess it shows it really counts to treat your employees well.

At the Battle of Hastings in 1066, as the English army was on the brink of defeat to William of Normandy, many soldiers fled. King Harold’s personal bodyguards, however, fought on until the end showing great courage and dedication to their mission. As the Bayeux Tapestry depicts in full technicolour, King Harold was ultimately killed and England was conquered by the French. Created by Henry VII in 1486 at the Battle of Bosworth, the Body Guard of the Yeomen of the Guard is the oldest military corp in Britain. Now however, the role is a purely ceremonial one, but like most close protection officers, today’s Yeomen must still have at least 22 years’ military service.

Instantly recognisable with their elaborate Tudor uniforms they’ve served Britain’s monarch ever since. They’re known unofficially as the Queen’s Bodyguards. There are currently 73 Yeomen of the Guard, and as they guard the highest-ranking person in the Kingdom, they must be former warrant or non-commissioned officers of the British Services.

Connected to the Yeomen of the Guard, the Yeoman Warders are charged with the job of guarding the Tower of London. I suppose this is what we would class as the top job in residential security in London.

The role is steeped in traditions. New recruits still take an oath of royal allegiance said to date back to 1337. And every night, Yeomen at the Tower of London gates calling out “Halt! Who comes there?” before the fortress is locked for the night.

Uncovering the truth behind why the Yeomen are also called “Beefeaters” is less easy.

Some sources suggest that the term came from the French word “buffetier”. This was the name for guards in the palace of the French monarch, who were responsible for tasting the food before the king. King Henry VIII is thought to have taken up a similar routine due to being paranoid that his food was being poisoned. His royal bodyguards would therefore taste his food, usually beef, first. More likely, though, is that they were paid (at least in part) in beef.

However, if you take a tour with the Beefeaters at the Tower, they’ll tell you that the true origin of the word has been lost.

It’s not all been plain sailing for the Yeomen. Perhaps the most famous Beefeater was Sir Walter Raleigh, who held the not-insignificant title of the Captain of the Queen’s Bodyguard of the Yeomen of the Guard. Queen Elizabeth I’s personal bodyguard was in a highly privileged position and was a close personal ally of the Queen. That is, until she discovered he was secretly married to one of her ladies-in-waiting. Not happy with this revelation, she imprisoned him in the Tower of London – and he was later to be beheaded.

How have things evolved for close protection services today?

One of the ways to prevent attacks in the time of the Romans, for example, was to put on a big show of force. If you want to discourage someone from trying to harm you, take an eight-strong escort complete with swords with you wherever you go. In fact, why stop there, Emperor Vitellius’s approach was to expand the Praetorian Guard to sixteen 1,000-man cohorts. You can’t really miss that, can you?

Today, whilst a big show of force might be appropriate in some circumstances, such as protecting a celebrity at a high-profile public event, we also adopt a more discreet approach through our bespoke close protection services.

One big difference for the security sector today is the amount of intelligence, information and data which is available to inform our capabilities. The Romans and Tudors were somewhat limited in their ability to fully understand any given situation. Perhaps that’s why tales of guarding too often ended in bloodshed.

All security companies in London, like UK Close Protection Services, rely on gathering intelligence so they can identify threats and be one step ahead of criminals. But, by its nature, intelligence sources in the security service sector can be classified information, and isn’t readily shared across the professional industry.

For this reason next-generation companies like us are trained to retrieve data using various open source intelligence (OSINT) tools and techniques.
We use OSINT to collect and analyse data, in order to make informed and critical decisions about a Prospect’s safety, and to prepare a tailored protection plan for you.

Bodyguards of the past may have been highly-skilled combatants, quick to draw a sword or overpower the attacker. But they had to rely on their quick responses to keep their Principal safe. Nowadays, close protection services focus on being proactive first and reactive second. That means, amongst other things, preparing meticulous plans, planning our Principal’s movements, and scoping out public venues.

So, what’s the future of close protection bodyguarding?
Are you looking for the next-gen security service?

Still got that image of Emperor Caligula’s fate etched in your mind?

Thankfully, things have changed since the time of the Romans.

Unlike the Praetorian Guard, we like to keep our clients safe and happy. You can read our testimonials for yourself.

We’re proud of our industry’s origins and are honoured to be part of such a rich and historic profession. But we’ve not got our head stuck in the past. We’re focussed on the future. We’re a next-gen security company in London that uses the latest technology to stay one step ahead of perpetrators to keep you safe.

If you’re interested to hear more about how you can hire close protection in London either for yourself or for your guests, high-ranking employees or top officials, contact us.

Liked this blog post? Be the first to know when our latest blog post is published by opting in to future communication from UK Close Protection Services.
Back to blog