Can You Hire Armed Guards In The UK? 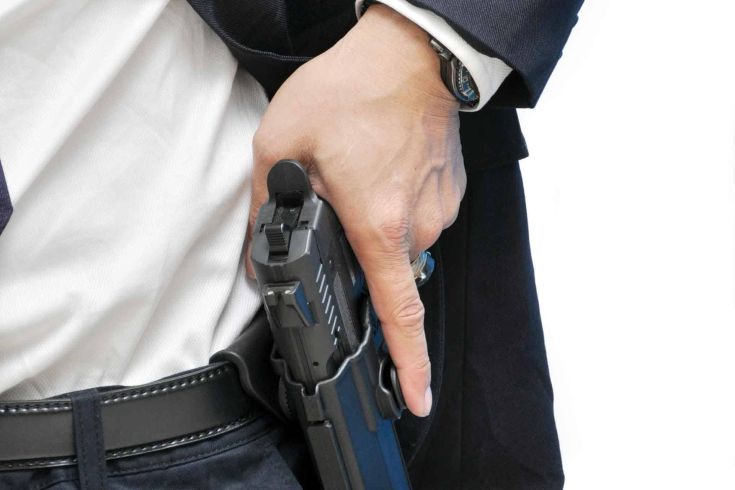 The Utilization of Firearms in the UK

Policy Armed police is known to make up just 5 percent of the total of the police officers in the United Kingdom –including Wales, Scotland, and England.

A majority of police officers in the UK –with the exception of Northern Ireland, tend to be unarmed when they remain on duty. On the other hand, police force is known to have its dedicated firearm unit that is reached out to and deployed effectively as a response to major incidents that involve guns.

However, in the current scenario of extreme fear due to the overall rise of terrorist attacks across Europe, the citizens of Britain are definitely worried about the overall safety. Some of them are even casting doubts with respect to the legitimacy of the unarmed police officers.

Armed protection in the United Kingdom is known to be provided only by the Protection Command under the London Metropolitan police along with other specialized police officers in the country.

The provision of armed protection is allowed only for royalty and diplomatic protection of high-profile royals, state figures, diplomats, and foreign diplomats. The recourse to the given service will have to be assessed on the basis of case by case. The decision is going to be made by the Home Secretary.

To get approval, it must be needed either in case of national interest (information from all around indicates that the given risk tends to be higher) or there should be some sort of terrorist threat.

Specialists units of the Metropolitan Police like the RaSP (Royalty & Specialist Protection) unit are known to draw the respective firearms when the overall danger might appear high.

Private bodyguards are known to be trained in the given field for keeping the principal secure and safe all the time by making use of the respective intelligence level before taking on the option of using force by any means. They are known to carefully organize each & every move of the principal while conducting proper renaissance before going to any venue. At the same time, they are also responsible for planning properly the respective routes for avoiding the non-go areas or crowded roads that might be highly vulnerable to car hijacking.

They are also required to ask the clients to refrain from crossing areas featuring demonstrations in the city wherein the overall situation might get worse while affecting the overall security of the people who might be close by. Unarmed security forces or personnel are required to possess intelligent situational awareness for the purpose of detecting suspicious behavior in the surroundings for reacting swiftly towards danger and moving the principal to some safer environment.

A professional bodyguard is known to be proficient at the management of conflicts. As they are not given the right to carry the firearms, the utilization of force can be considered as a last attempt when no other alternative might be possible. This is because their personal responsibility legally could be at stake and they might be required to defend themselves in the respective courts for proving that their overall act was justified. If they are not left with any other possibility, then a bodyguard is known to respond to the respective attacker understanding that most of them are known to master the utilization of martial arts or could be trained in some form of unarmed combat.

Moreover, a significant number of close protection operatives tend to be former police or military personnel that are known to bring the respective experiences that they might have acquired in the forces for implementing the all-new role.

Protection that is delivered to commercial executives is deemed to be at discretion. In the form of service provider of close private protection, as per the recommendations of Intelligent Protection International Limited, it is suggested to make use of covert protection –also referred to Protective Surveillance. In the given scenario, bodyguards are known to blend as per the principal’s background for remaining unnoticed or avoiding drawing attention while keeping the watchful eye all the time.

As a contrast to the concept of unarmed protection, the royal and diplomatic protection team from the Metropolitan Police in London is known to offer armed protection to the officials of government and visiting heads of monarchs and the states. The given squad is known to possess similar skills to that of the private operatives when it comes to Close Protection –including contingency & event planning, hand-to-hand combat, and so more. However, in-depth training is known to provide them with additional skills that are certified as per the standards of the College of Policing –like those associated with the firearms on ways to handle the equipment and shoot using the same while knowing about the tactics to use the equipment.

The work of PPO (Personal Protection Officers) had been recently portrayed in the leading TV series “Bodyguard” by David Budd on BBC. Still, the overall representation of the given work on BBC of that of the PPO is not regarded as entirely accurate and turns out to be far from the reality.

On the topmost position of the respective police training, PPO personnel are known to receive extensive training for as many as 26 weeks on the go. Moreover, they are also required to qualify in the role of an AFO (Authorized Firearms Officer) before the respective appointment. It is expected out of them to maintain the respective shooting skills while getting reassessed on an annual basis for keeping hold of the permit with respect to keeping police firearm. They are mostly known to operate in large teams in simple clothes carrying around the firearm that has been concealed in some way. The principal’s close protection is usually unconcealed and is observed as some deterrent method of keeping the public away.

The given type of security is known to be preventive in nature –instead of being offensive. In the scenario wherein the PPO might have to shoot someone for protecting the principal, then he or she is going to be personally liable to the same while having the need to justify the respective action in the court with respect to using the firearm as a reasonable act. He or she is expected to prove in the court that it was immensely necessary to shoot for preventing the crime –according to the Section Three of the Criminal Law Act of 1967.

There is the presence of multiple international firms –including British firms, who are known to provide access to armed security services when it comes to maximizing protection in hostile conditions of Africa and the Middle East. There are several service providers that offer Super Yacht Security and Maritime Security as well. However, there are just a few reputed firearms qualifications internationally out there. The industry in the United Kingdom is known to rely on the services offered by Weapons Competency courses.

Many individuals involved in the European and the UK security industry will argue that the selection, vetting, and training of officers associated with Close Protection are not known to deliver far-fetched services as they should. Most typically, not far enough to make use of firearms unless there would happen a change in the respective laws in the United Kingdom related to firearms.

It is Possible to Have Armed Bodyguards in the United Kingdom?

Presently, it is not regarded as lawful for any member belonging to the regular public to carry around a firearm in the United Kingdom. This is known to include the professionally trained bodyguards as well as SIA licensed bodyguards. Therefore, in simpler terms, it is not possible for any type of private security –including bodyguards to ensure the overall protection with the help of firearms in the United Kingdom.

Gun control laws are known to be strict in the UK.It is the country that takes pride in itself for boasting the lowest rates of crimes related to guns in the world. Since the time of 1997, the process of privately possessing handguns as well as other weapons –classified in the category of firearms including tasers, CS gas, pepper spray, and other similar items, has been completely banned in the UK under the Firearms Act of 1997. The given act came into activity after a mass shooting had happened at Dunblane Primary School in the year 1996 that witnessed the death of as many as 16 school children.

Should United Kingdom Reconsider Its Decision on the Utilization of Firearms?

While the United Kingdom is known across the world for restricting the utilization of firearms for close protection to some limited as well as selected number of police officers (who are required to be trained in the firearms by the government bodies), the other countries in Europe including France are known to review the respective policies with respect to armed security. They are doing the same to provide better response to the overall terrorist threat as well as increasing security risks all around the world. The government in France has now given authority to the private bodyguards as well as security guards to carry firearms in case of rare circumstances –upon getting exposure to some high level of threat. In the given scenario it should be provided that the personnel have undergone specialized training for implementing armed security in the country.

It is going to be indeed interesting to monitor the overall close protection sector in the country to observe how they are going to deal with the introduction as well as utilization of firearms for selected security-related operations. It is important to note that in France, the overall security industry tends to be highly advanced in comparison to that in the United Kingdom on specific grounds like continuation training, operative licensing, company licensing, and so more.

The United Kingdom has been way behind the same and is required to go forward a long way when it comes to developing its overall standards. The country is still a step that it too far behind to even consider officers in the field of private security carrying firearms. This is going to launch more debate or conversations about whether or not the United Kingdom should reconsider its current policy on firearms –given the current climate of the overall security in the country.

If you are still skeptical about your overall personal security in the United Kingdom, then you can hire bodyguards in London having relevant training and skills to deliver close  protection services in London.
Back to blog